When you logged into Twitter today, you may have noticed some subtle changes to the design and layout, small adjustments in the formatting that felt like a bug in the matrix, or how the persistent locks are starting to mess your mind .

They are not – well, at least not in this context.

The Twitter design team today announced a number of updates that have been implemented to improve the in-app presentation, in line with the company’s branding update announced earlier this year.

Do you notice anything else?

Today we released some changes to how Twitter looks on the web and on your phone. While it may feel strange at first, these updates make us more accessible, unique, and focused on you and what you’re talking about.

First off, the updated Twitter format now uses the custom ‘Chirp ‘font, which was launched back in January as part of their branding update.

So your tweet test looks a little different now, while aWestern-language text is now left-justified so that it is easier to read when scrolling. Non-Western languages ​​remain unchanged.

This isn’t a huge change, but it’s noticeable and probably the most obvious change that messes up your perception on the app. The letters look a bit thinner or something? Yes, because the font changed, which affected the presentation.

In addition, Twitter says it does updated its in-app colors to have high contrast and a lot less blue. The change is meant to draw attention to the photos and videos in the app – which are also slated for another, more significant update soon that Twitter is experimenting with a new image format that takes up all of the horizontal space in the stream and eliminates the current, rounded edges of your photos. 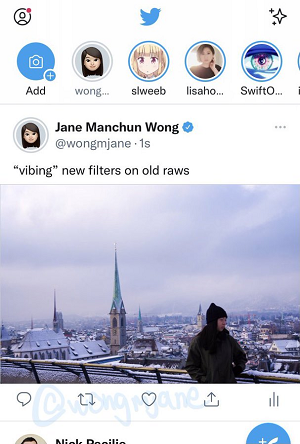 This could have a significant impact on your approach to posting pictures to the app – and it’s worth noting that Twitter added full-screen ads to timelines back in May as well.

The added contrast will further enhance the app’s visual presentation tools and make them even more prominent in the tweet feed.

Twitter has also updated the look of its in-app buttons to highlight the actions you can take at any time, while removing several as well gray backgrounds and dividing lines to tidy up the display.

“We’ve also increased the space to make text easier to read. This is just the beginning of more visual updates as Twitter becomes more focused on you and what you have to say!”

So, yes, Twitter looks different, not just you. And while these aren’t big changes, the visual focus in particular is worth noting, especially for marketers considering new ways to make their tweets stand out in the increasingly busy tweet stream.

And it might just be the beginning, according to Twitter Product Lead Kayvon Beykpour, that the update is “a small start as part of a much broader app update that is on the way.”

That’s likely to do with the app’s wider shift towards monetization tools for developers and the expansion of its use case, and it will be interesting to see what else Twitter could look like to tweak its design.

Beykpour also shared this picture, which includes a reformatted lower toolbar where the “Explore” magnifying glass icon has been replaced with a “Spaces” tab. 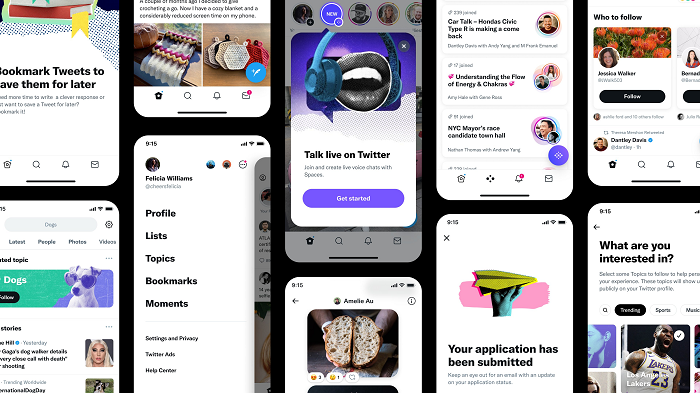 Maybe a sign for the future? We have to wait and see.