Annie Rauwerda is a 21-year-old student at the University of Michigan who loves spotting interesting screenshots from strange, dusty corners of the internet. When Covid-19 first started, she had plenty of time to pursue that interest by creating an Instagram account called @depthsofwikipedia, which was devoted to finding the strangest entries deep in the internet’s encyclopedia, Wikipedia. 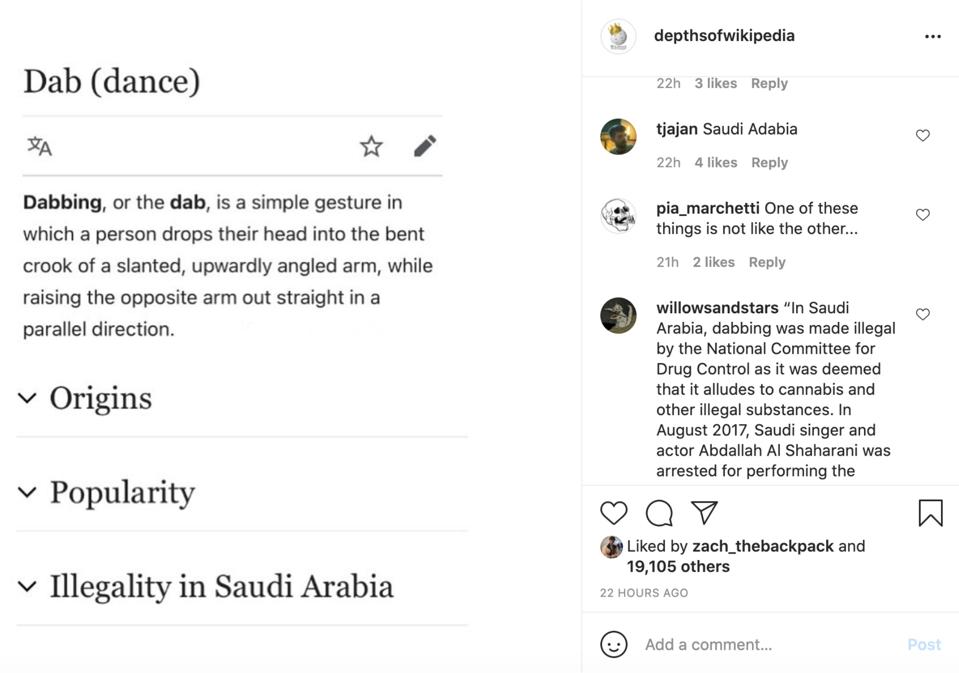 “If the pandemic had never happened, I would probably have spent the summer of 2020 doing biology research in Boston, but since my internship was canceled I had been swimming in my spare time. I opened the account because I was surprised that it didn’t exist yet, ”says Rauwerda.

Jackson Weimer: What do you love about Wikipedia that made you want to create an Instagram account about the coolest / strangest / weirdest posts?

Annie Rauwerda: Wikipedia is that crazy internet utopia that capitalism has somehow escaped, and I never want to take it for granted. It’s what the internet should be – collaborative and constructive and democratic and unaffected by advertising. It is so inspiring that there are legions of volunteers documenting all of human knowledge for you and I to use for free, and I am always thrilled with the accessibility of the site too. Anyone can edit…. There’s this altruistic hacking ethos that is hard to find anywhere else.

Weimer: Have you ever edited a Wikipedia page? Would you consider that now?

Rauwerda: I didn’t start editing until after I created the account, and now I’m a huge advocate. It’s a super rewarding and powerful hobby, and you can find a great editing community online (mostly Discord) and in person (there are groups in NYC and DC). I partnered with Wikimedia NYC to do an edit-a-thon aimed at beginners in January. The changes made have been viewed almost 3 million times!

Weimer: What are some of the coolest things you’ve learned since creating your account? Have you discovered new interests or hobbies? Any notable celebrity interactions in your comments?

Rauwerda: The account gave me an excuse to surf the flood of information, and along the way, I picked up a bazillion funny facts. I also made it to College Jeopardy Live audition this year, and I don’t think I would have made it through the first few rounds of audition if it hadn’t been for this Wikipedia habit. The celebrity interactions are one of the most exciting parts of the account. John Mayer is a “huge fan” and author Neil Gaiman once called the account “genius”. My ego rode on it for weeks! 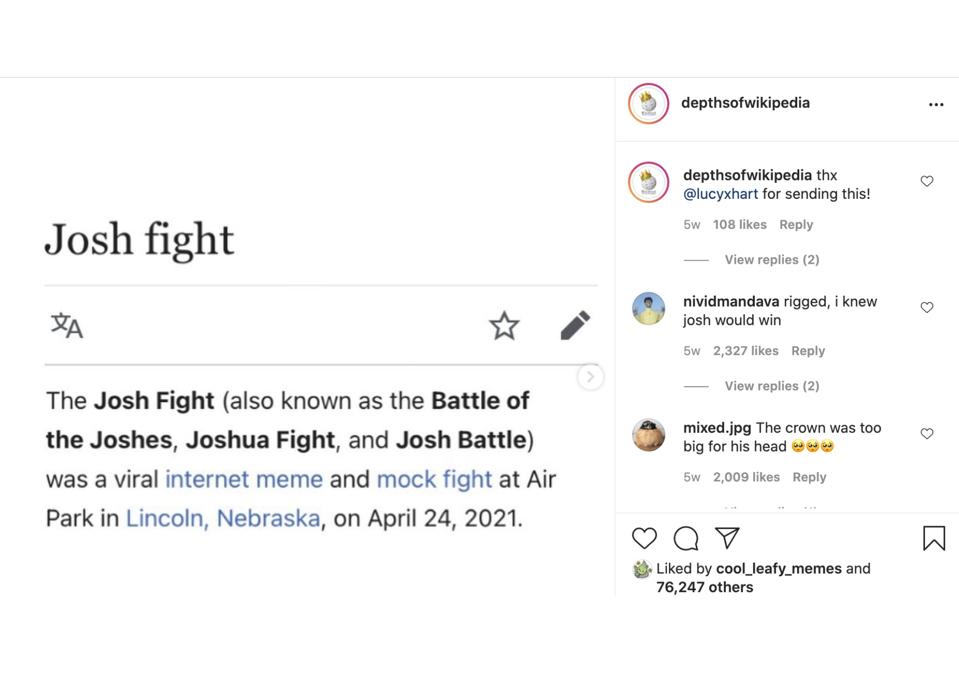 Weimer: Did a particular entry surprise you how well it went?

Rauwerda: I used to have a poor understanding of the content that goes down well on Instagram. The trick I know now is to make posts that are short enough to be shared, yet long enough to be memorable. And people love high-impact, emotional posts with animals – like the Alex (parrot) article. 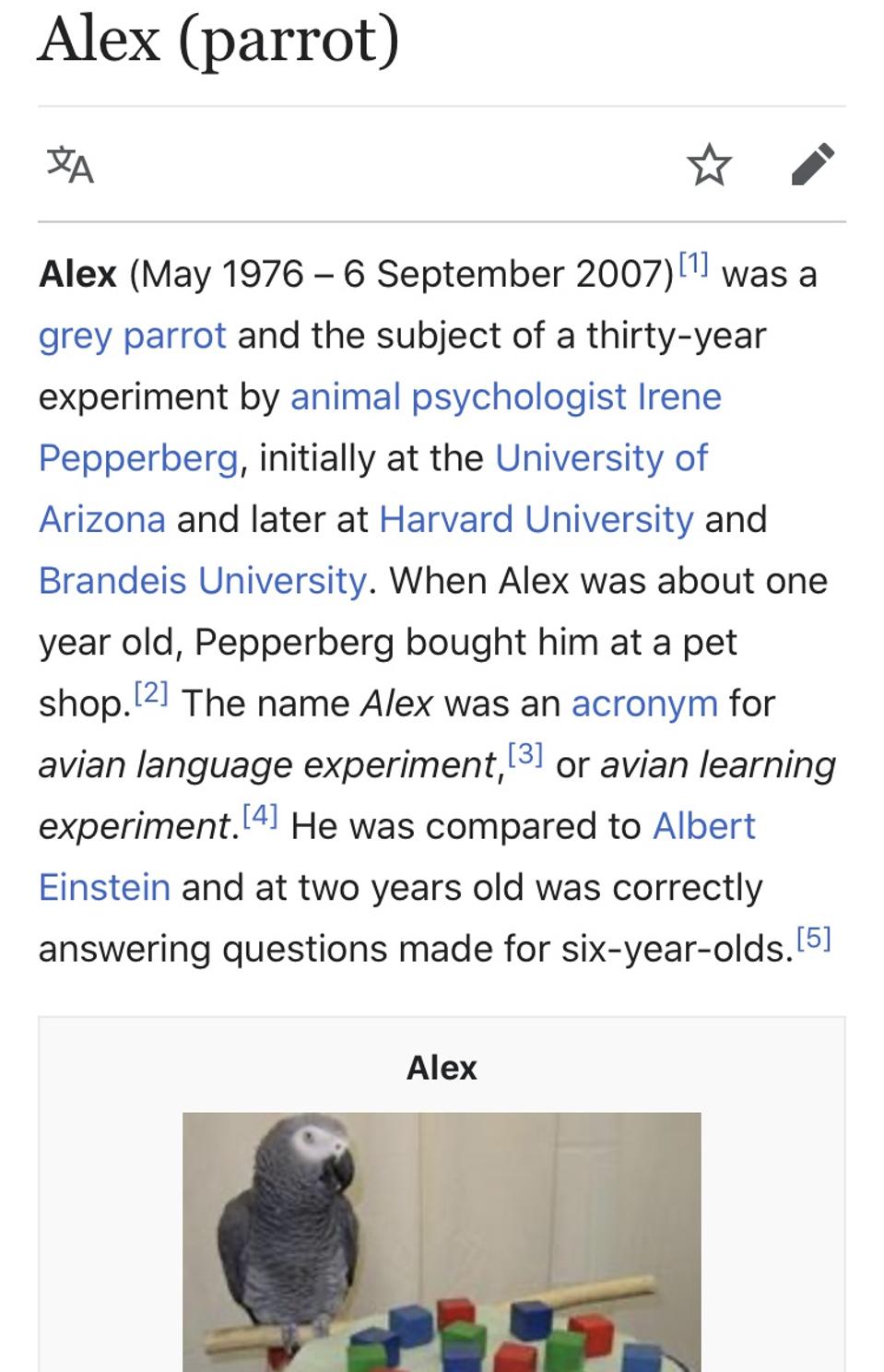 The Wikipedia entry by Alex (parrot).

Weimer: Which contribution led you to the first thousand followers of your account?

Rauwerda: In the first few months of the account, I found that my target audience was young, intelligent people, so I followed everyone who was active on the Stanford Class of 2024 Instagram account. What led me to steady exponential growth was short lived beef with influencer Caroline Calloway. She wrote about the account after I posted a Wikipedia article saying her job was “nothing”. I woke up in the morning and my number of followers had quadrupled! Now we have a friendly relationship – so friendly that she gave me a cat !!!

Weimer: Wait what? Caroline Calloway gave you a cat because of your Wikipedia Instagram page? Work out.

Rauwerda: Yes, she posted on Instagram that her assistant at the time needed accommodation and I commented that I had a room available. Then one day Caroline sent me a DM while I was queuing at a Boba store and asked me if I could take one of her cats with me as she had two and they didn’t get along. So one day she dropped off her beautiful Siamese cat and now I have her. 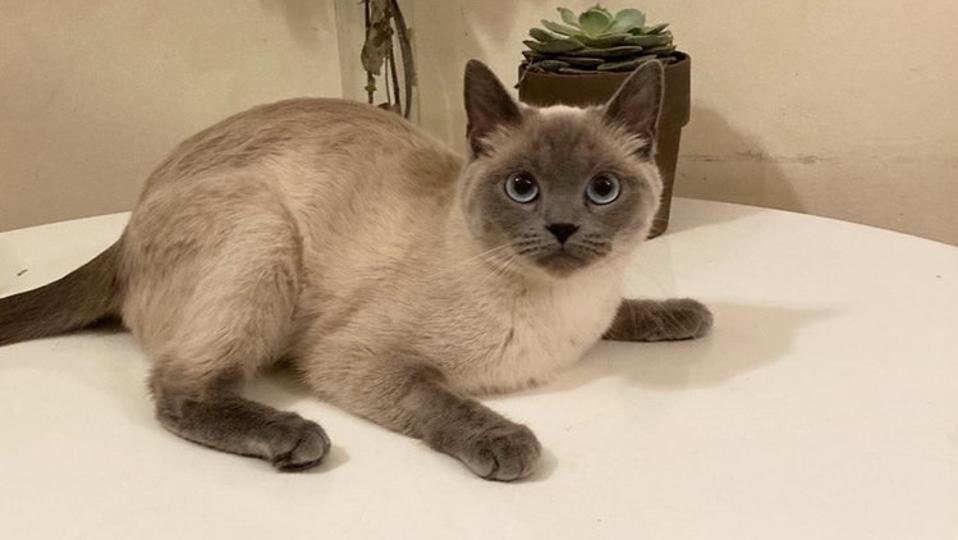 Caroline Calloway’s cat that she gave to @depthsofwikipedia

Weimer: What do you think Wikipedia can change to stay afloat? Do you think they should hire you for their social team since you have more followers than them?

Rauwerda: Wikipedia is a great place to give money, but nobody should feel compelled to donate. The whole point of Wikipedia is that it will always be free for anyone who wants it, and they’re not as desperate for money as their pleading banners suggest. Even so, I give them half of the merchandise proceeds and encourage everyone who is able to participate. It’s the best site on the internet! I’m friends with most of their PR / Social staff and whenever they post a new filter or have a big announcement they ask me to share it. My real dream would be to get a salary for making high-value, Planet Money-style Wikipedia TikToks, but I would probably do anything for Wikipedia.

Weimer: As a current college student, what has this experience taught you about what kind of career you might want to pursue?

Rauwerda: As a person, I am overly curious and barely able to think more than two months into the future. And the result is that I tend to have a lot of interests. I took time off after high school to do americorps, and then I decided I actually wanted to go to college. I went in undecided and decided to study neuroscience thinking it would be an interesting challenge. It definitely is, but I now realize that I don’t want to become a researcher in neuroscience, so it would have been nice to have studied something like computer science or communication that is more marketable. But good! At least I know the names of many enzymes. Since you’ve been successful on the account, working full-time in creative spaces – writing, creating content – feels far more accessible. I would like to work in the media, especially science communication. I am also a trained, certified Pilates trainer. I don’t know if this is relevant, but most people are surprised when I tell them so I thought I would throw it in.

Rauwerda: In terms of website layout: exactly the same. In terms of editors: hopefully more diverse, thanks to ongoing editor recruitment projects such as WikiProject Women in Red and AfroCrowd. In terms of influence: just as (if not more) crucial.

Weimer: What does the future of @depthofwikipedia look like?

Rauwerda: I hired my best friend to help me run @depthsofamazon and we got it to nearly 40,000 in a couple of weeks. We’re thinking about exploring other depths! We also have a podcast on the horizon. After that, who knows. I think it would be cool one day to put together a photo book of interesting Wikipedia articles, and I’d also love to do super cool merch (beyond the simple mugs I sell on deepsofwikipedia.com). I’m trying to be more active on Tiktok – they just put an “accelerator program” on me to encourage me to post more there.

The conversation has been edited and condensed for the sake of clarity.

14 Finest Translator Jobs Alternatives (as much as $20 per Hour)