To intensify its efforts to combat the spread of misinformation about climate change on its platforms, Facebook also conducted a new study in collaboration with the Yale Climate Change Communication Programto get a better feel for people’s attitudes towards climate change by region and how concerned and informed they are about its effects.

The study, which includes responses from over 75,000 Facebook users, specifically examines how men’s and women’s views differ on various elements of the climate crisis as a result.

“We found that a majority of people in around half of the countries and areas surveyed said they knew at least a moderate amount about climate change, especially Australia and Germany. However, in some countries there were significant numbers of people who had little to no knowledge of climate change. This includes more than a quarter of the people in Nigeria who say they have “never heard of it”, as well as significant proportions of the people in Malaysia, Egypt, Saudi Arabia and Vietnam.

This provides some interesting insight into the general attitude and understanding of the subject and how each country approaches the climate. That’s not to say that the regions at the bottom of this graph are ignoring climate change, but it does suggest that these communities are not getting information, many of which will soon have greater impacts.

As already mentioned, the study also highlights the different attitudes of men and women towards the climate crisis:

Of course, this is self-reported, so more men saying they know more about climate change may not necessarily be right. However, it’s interesting to compare this to the graph below, which shows that women, on average, are more concerned than men. 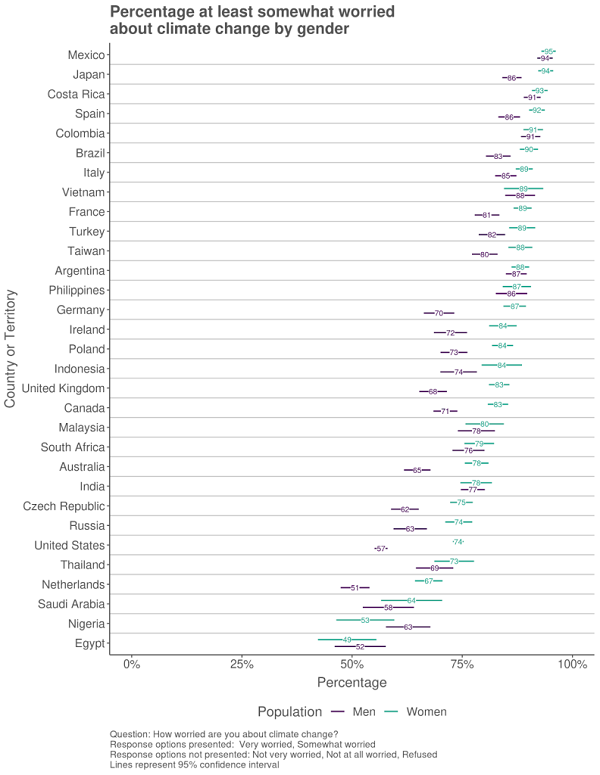 It’s an interesting glimpse into an important social issue and how men and women react to it, based on Facebook users. That could suggest that these people are getting at least some of their climate information on the platform, which could turn this into a clue as to how Facebook is influencing the climate debate.

Either way, as Facebook notes, given that women will be more affected by the climate crisis, it makes sense that they should be more concerned – but at the same time there is a need for increased education about the wider crisis and its composite effects. 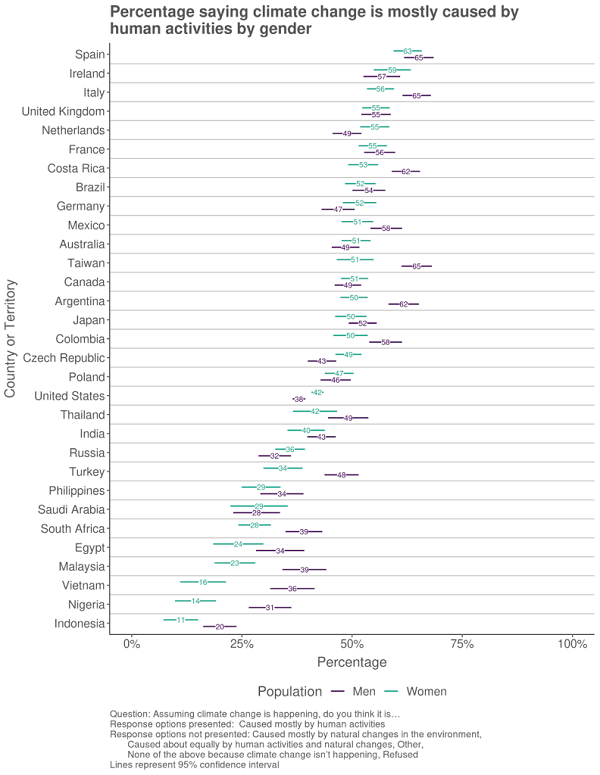 As you can see here, skepticism about the real causes of climate change remains relatively high among both sexes, despite ongoing discussions and government action. Whether this is an educational problem, the result of persistent misinformation efforts, or a fundamental reluctance to accept established facts is difficult to say, but the data here shows that we still have much work to do to convince many millions of people to take direct action is required. and will have an impact on the future quality of life.

Here are some important data points on what is arguably the most important topic of our time. Which, based on these results, will disprove a large percentage of people – but the data here shows that more needs to be done to fill important knowledge gaps and ensure that understanding of the science of climate change is shared evenly and that the information arrives the right audience to increase awareness and action.