Amid ongoing concerns about its potential negative impact on society and how it can be used to spread hatred, how it suppresses competition and how the digital advertising market is controlled.

Despite all of these concerns, Facebook continues to grow in new ways and become more and more intertwined with our everyday interactive processes.

Yesterday we reported on the increasing sales of the company’s portal smart speaker device. Today Facebook updated another listing. The Workplace platform has hit a new milestone of 7 million paying subscribers, up from 5 million a year a year ago.

Workplace has more than doubled the number of its users in the last 19 months, in part due to the pandemic that has forced more companies to offer options for working from home. And in part, it’s because of the usefulness of the platform.

Workplace is essentially the Facebook user interface that billions of people are familiar with, but has been redesigned for your personal network. This familiarity cuts training time, lowering the barrier to entry, and has made Workplace a more viable option for internal collaboration and community.

Of course, some companies have concerns about connecting their internal communications and activity to Facebook’s servers. However, Workplace is completely independent of the public Facebook app – and with the growing number of users, more and more brands are feeling more comfortable with this option.

Mark Zuckerberg, CEO of Facebook, described the number of users updated as’ iInteresting Milestone “while at the same time processing some of the well-known customers using the tool now:

“We built Workplace as an in-house version of Facebook to run our own business and it was so useful that we started making it available to other organizations, including everyone from Spotify to Starbucks to the World Health Organization. More and more companies are starting to use our virtual company. ” Reality tools for work too, and I look forward to developing new ways of people collaborating that weren’t possible before. “

Forking into VR is the next big step for Facebook’s enterprise platform. With its advanced VR work already being developed through the development of Oculus, it is likely ahead of the game in that regard, creating VR avatars and tools that people can ultimately feel even though they are working side by side, while logging in from anywhere. 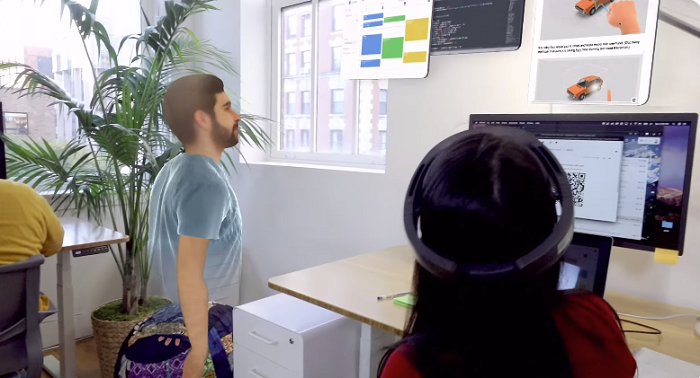 Which will become increasingly important given the more extensive work from home in the post-pandemic environment.

We’re not there yet, but given the growing interest in the workplace and increasing sales of VR hardware, it’s not hard to imagine a time when people will be using these headsets for their work meetings and collaborations, as well as for leisure activities.

In addition to its new usage milestone, Facebook has announced some new Workplace additions as it continues to expand its suite of products.

First of all, Facebook is adding a new live Q&A experience to better simplify company-wide conversation and adapt to the increasing use of live video for meetings. 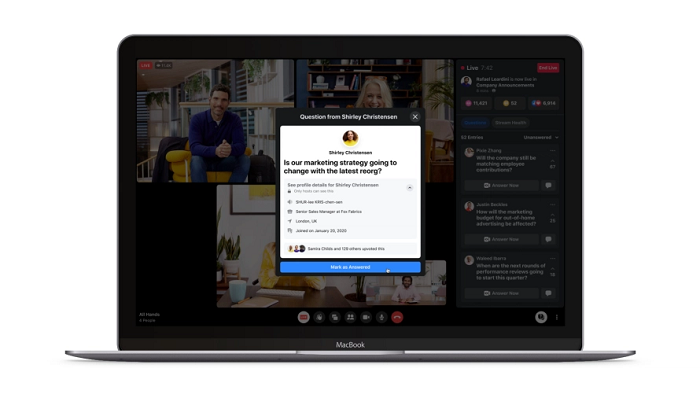 Facebook started one Q&A post option for Workplace last April which, interestingly, also includes an up and downvote process for post comments to ensure that the most popular queries take precedence.

This new variant, unlike regular posts, is more geared towards live video conferencing and has an updated display style and interactive features.

Facebook is also adding new tools for self-expression, diversity, and inclusionincluding tools for pronouncing names in profiles and an option to set the skin color of emojis. 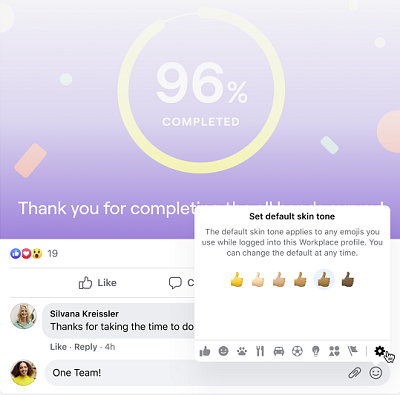 Facebook is also expanding its integration tools that allow users to embed Workplace with other business applications. In addition, you can now import additional file types into your Workplace Knowledge Library. 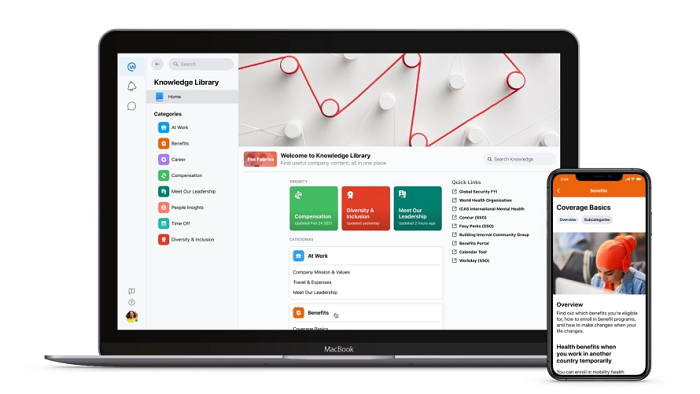 “We recently introduced new functionality that lets you pull content from other platforms into the knowledge library for easy migration and / or consolidation so that users can access your most important corporate content in one place.”

These are small but functional updates. With more people than ever using the platform, it makes sense for Facebook to constantly update its tools and adapt its systems to meet demand.

As with Portal, it’s interesting to see how attitudes toward Facebook Workplace evolve over time.

When it was launched in 2016, there were major concerns about connecting Facebook to your company and giving Facebook access to your internal company data. Facebook has worked hard to resolve these issues and ensure that privacy and security come first. As Workplace evolves without incident over time, more and more companies are rethinking their approach.

The option makes sense – and again, amid the increasing WFH shift, you can save a lot of remote training time by implementing a system that people already know well.

As long as you feel confident that you can increasingly rely on Facebook’s tools and Facebook’s data protection processes. With these considerations in mind, this is not for everyone, but an increasing number of companies are finding it a viable and valuable option.

Three key client developments to look at in Asia for 2021